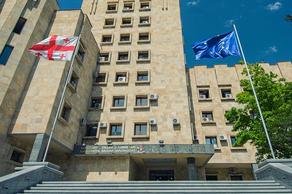 The Prosecutor's Office of Georgia has released a statement on the Telavi Regional Court judge Mamuka Tsiklauri's decision of replacing remand detention, the measure against Zurab Zviadauri and Jaba Jangirashvili with a bail.

The Prosecutor's Office says in its statement that the defense corroborated its request to keep the defendants in custody with strong arguments, which is why the judge's decision is unsubstantiated and hard to grasp.

The statement goes on to say that the judge disregarded all arguments and imposed GEL 50,000  bail against the defendant charged with intentional homicide, while the other defendant in the case facing negligence charges was released for GEL 5,000 bail bond.

Zurab Zviadauri and Jaba Jangirashvili, the defendants in the case are facing the charges of murder (8-15 years in prison) and careless storage of firearms resulting in a fatal outcome (up to three years behind bars).