Results of car examination - statement of the Prosecutor's office

Results of car examination - statement of the Prosecutor's office 1 September, 2020  17:56 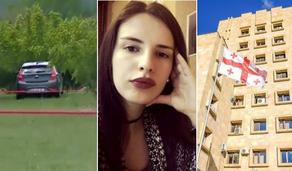 The Prosecutor's Office of Georgia is making another explanation about the ongoing investigation into the case of Tamar Bachaliashvili and releases a statement.

"As part of the examination in the case of Tamar Bachaliashvili's death, on August 31, 2020, a car belonging to Tamar Bachaliashvili was inspected by experts from the Levan Samkharauli National Forensics Bureau, a representative of Hyundai Auto Georgia and a family lawyer.

During the inspection of the evidence, it was found that Tamar Bachaliashvili's Hyundai Accent was equipped with a non-factory locking and unlocking central locking function, which is operated by a so-called "remote control". No additional electrical equipment was found during the inspection. It was also confirmed that the device for locking and unlocking the central lock of the car, the braking system, and the air conditioning were working properly," the statement said.

According to the agency, the vehicle's visual and computer inspection revealed that it is not equipped with GPS or other similar devices.

"No traces of mechanical damage were found on the vehicle, which would have caused a spill of oil or gasoline and would have been noticeable both by the location and the vehicle's visual inspection. At the same time, the tires of the car were inspected by experts with the participation of a lawyer, as a result of which no traces of artificial impact were found," the prosecutor's office said.

As for other information relevant to the case related to the car, the prosecutor's office says that it will be known after the examination is over.