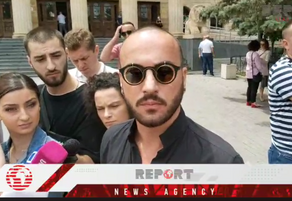 The Russian citizen arrested in the case of journalist Giorgi Gabunia was sentenced to 4 years in prison, the Georgian Prosecutor's Office reports

It was confirmed at the trial that M.G., a citizen of the Russian Federation, illegally crossed the Georgian state border and used forged documents in Georgia between October 2, 2016, and March 11, 2020, issued in the name of V.B.

It was also found that in the period from February 11, 2020, to June 13, 2020, M.G. systematically illegally monitored the journalist of Mtavari Channel G.G. and obtained personal information about him.

In the mentioned criminal case, G.G. was known as a victim.

Tbilisi City Court found M.G. guilty and sentenced to 4 years in prison," the agency said in a statement.