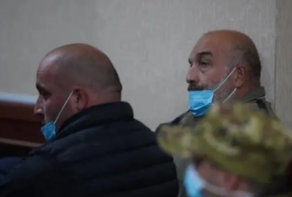 Within the framework of the investigation of Mikheil Saakashvili's case, The Tbilisi City Court has sentenced two men accused of hiding a crime to imprisonment.

The defendants' lawyer requested that they be released on bail. Lawyer Giorgi Goginava said that the detainees had transported Saakashvili, but they pleaded not guilty.

The Prosecutor's Office of Georgia pressed charges on the detainees, identified as Sh.Ts and Z.Ts, yesterday. They face prison time for 1-4 years.