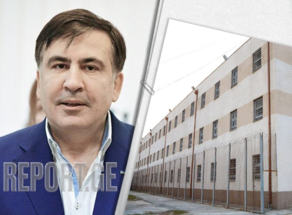 Head of the Special Penitentiary Service of Georgia Nika Tskhvarashvili says that ex-president of Georgia Mikheil Saakashvili has started consuming juice and honey.

''He has started consuming food products_ honey and juice _ with this indicating that his body is not deprived of vitally important elements,'' Tskhvarashvili said.

According to Nika Tskhvarashvili, Mikheil Saakashvili has bought seven jars of honey with his special card.

The former president declared a hunger strike in prison eight days ago.