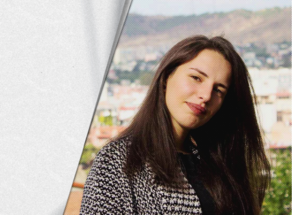 "Secret" material about the death of Tamar Bachaliashvili appeared in the case file. The family lawyer Mikheil Ramishvili informed report.ge about this.

It is unknown to Mikheil Ramishvili why certain information has the status of a state secret. According to him, there are at least three volumes in the case.

The lawyer says he has already applied to the court but has not received a response so far.

"We want to know this information. It is the information of state importance, and I do not know what was found," Mikheil Ramishvili told Report.ge.

According to the lawyer, he has not yet received any answers from the Prosecutor's Office regarding other important issues.

The case is being investigated under the articles of illegal deprivation of liberty and leading to suicide.

On September 18, at a briefing held at the Prosecutor General's Office of Georgia, it was stated that the cause of death as a result of the examination of the corpse and the summary of the case materials was drug intoxication.