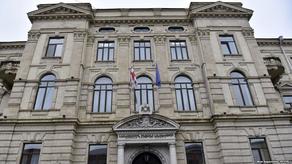 The trials of convicts Guga Barbakadze and Giorgi Janashia arrested regarding murder case on Khorava Street will move to the Supreme Court.

At today's trial, the parties will give an introductory speech.

Mikheil Kalandia was detained for murdering Davit Saralidze under aggravating circumstances on June 4th, 2019, and was sent to jail on June 6th.