Taxi driver was tricked out of fare, passenger fined GEL 500 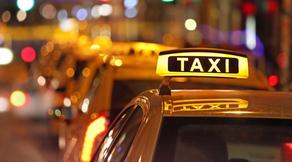 A man who refused to pay to a taxi driver has been imposed GEL 500 fine, with the judgement rendered by the Batumi City Court. As the case records have it, two persons caught a taxi in Batimi to one of the Kobuleti villages. One of the passengers was drunk and slept before they reached the destination, while the other agreed on a fee of GEL 30. When the two men arrived in the village, they told the driver that they would settle the bill after taking money from their house; however, they vanished without a trace.

One of the offenders was reportedly tried under article 185 of the Criminal Code of Georgia, envisaging fraud; the other passenger who was intoxicated and was fast asleep all their way to the village was declared innocent.