Thirteen people arrested for membership of "thieves in law" 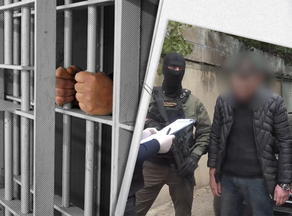 Employees of the Central Criminal Police Department of the Ministry of Internal Affairs, as a result of complex investigative and operative measures carried out together with the General Prosecutor's Office, detained 13 people in Tbilisi, Telavi, and Kutaisi.

The offenses carry a maximum sentence of 7 to 10 years in prison.

"Z. M. (nicknamed" Glekhovich "), a thief in law, abroad was charged in absentia. His offense carries a maximum sentence of 9 to 15 years in prison.

The investigation established that one of the defendants had a financial dispute with a business partner regarding income distribution in doing business.

The disputing parties appealed to the members of the "thieves' world" to resolve the dispute, after which one of the thieves in law abroad, Z.M., ordered his son M.M. to settle the case.

He organized a thieves' dispute on April 16, 2021, in one of the residential houses in Tbilisi. As a result, one of the disputing parties was ordered to pay GEL 80,000 in favor of the other.

The law enforcers, as a result of the search, carried out based on the judge's decision, seized computer equipment, and mobile phones through which they connected each other and the Georgian "thief in law" living abroad as evidence.

Based on the judge's decision, the police seized four vehicles and ammunition as evidence," the Director of the Central Criminal Police Department, Mamuka Chelidze, said.