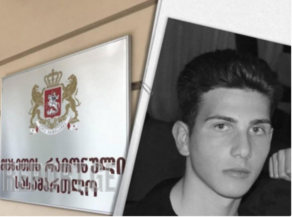 Three people accused of violence in the case of Giorgi Shakarashvili were released on bail. The mentioned decision was announced by the judge of Tbilisi City Court Lavrenti Maglakelidze.

At today's trial, the lawyers of Saba Chkhartishvili, Saba Gogshelidze, and Irakli Tsakadze filed a motion to change the measure of restraint imposed on their clients, which was granted by the judge.

The forensic examination revealed that he had injuries caused by a dense-blunt object before death.