Trial of Mikheil Saakashvili starts at the City Court 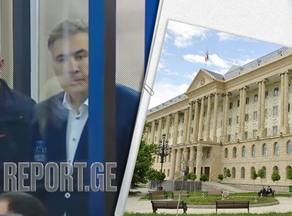 The trial of Mikheil Saakashvili on the so-called jacket case has started in the Tbilisi City Court.

The court allowed the public broadcaster to broadcast a direct signal and the same signal to other televisions.

Along with Mikheil Saakashvili, former head of the Special State Protection Service, Teimuraz Janashia is also accused of embezzling funds. The prosecutor's office accuses the defendants of embezzling a large amount of budget money - GEL 9 million.