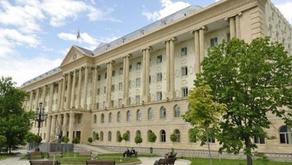 The detained were officially charged with the guilt yesterday. Giorgi Chologhashvili is accused of harboring particularly serious crime of the murder bid.

As a reminder: Two persons are charged with the premeditated gang murder bid of Tsotne Gamsakhurdia in aggravated circumstances and three more persons charged with harboring the crime.