Two experts got involved in the Shakarashvili case 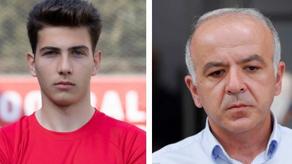 Giorgi Shakarashvili’s uncle and lawyer say that two experts got involved in the case.

According to Mirian Nikoladze, additional forensic tests are required that will contribute to the conclusion on premeditated murder and exclusion of other versions.

“Since there are doubts of whether Giorgi was conscious or not, and could or could not undertake further actions, the specialists are to conclude; neurologist and neurological surgeon are the specialists who can help in it. Two experts need to be engaged. The forensic test of that kind is of a particular urgency since the final version depends on the test results. After we get the test results, we will be able to appeal according to article 109,” – said Mirian Nikoladze.

Reminder: The family informed police on the lost Giorgi Shakarashvili on June 19.

After a 4-day search, Giorgi Shakarashvili’s body was found by divers in Aragvi River.

The Internal Ministry arrested seventeen people suspected of the crime. The detained do not admit the crime.

On July 10, the General Procurator publicized the test result justifying the of Giorgi Shakarashvili’s death to be apnea.

The test also reads that the mayhems on the Giorgi Shakarashvili’s body were committed when he was still alive.

The case falls under the article of premeditated murder in aggravated circumstances.