Two people arrested for robbing the grave of a Shindisi hero 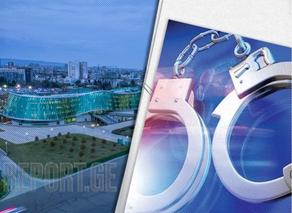 Two people were arrested for robbing a Shindisi hero grave and four other graves in Guria, report.ge was informed by the Ministry of Internal Affairs.

According to the agency, two persons convicted in the past: R.P., born in 1980, and K.K., born in 1991, were arrested on charges of disrespecting the deceased and group misappropriation of a grave item.

"The investigation revealed that the accused robbed five graves in Lanchkhuti municipality at different times.

Among them, the detainees illegally seized the aluminum ware placed on the grave of Shindisi hero - Ruslan Tsuladze in the village of Kviani.

The defendants handed over the details of the metal stolen from the graves to a reception center for ferrous and non-ferrous metals in the city of Zestaponi. The police seized the stolen goods as evidence," mentions the information.

According to the Ministry of Internal Affairs, the facts of disrespect to the deceased and group illegal possession of the thing on the grave are being investigated under Article 258, Part 3, Subparagraph "a" of the Criminal Code of Georgia.

The offense carries a maximum sentence of up to 3 years in prison.