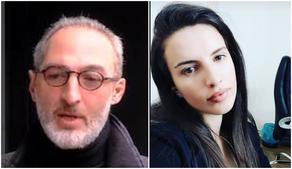 In his words, they found all activities on her Gmail account from 1 to 6 pm deleted in a weird manner, and this and other details raise question marks in this case. The lawyer says that the young woman has lots of received and sent emails, but no activity whatsoever can be detected in this period of time. "We have learned everything in details," Ramishvili said, adding that when they accessed Bachaliashvili's Youtube account, upon seen her daughters video there, her mother, Teona Tamazashvili, felt sick.

The lawyer thinks that somebody has access on the deceased programmer's account, and he is certain that the identity of this person will soon be learned.

Tamar Bachaliashvili, 23, was found dead on 22 July in the Tetritskaro village. The Central Criminal Police Department of Tbilisi is looking into the case at the family's request.