Verdict on Kalandia's case to be announced today 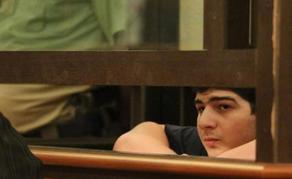 The verdict on the case of Mikheil Kalandia, arrested on charges of the premeditated murder of Davit Saralidze on Khorava Street in Tbilisi, will be announced today, the judge stated at a hearing on February 21.

The case scheduled for 12:00 at Tbilisi City Court.

Law enforcers detained Mikheil Kalandia on June 4, 2019, for the murder of Davit Saralidze in aggravated circumstances on Khorava Street. He remanded in custody on June 6.