Will Mikheil Saakashvili be present at his court trial? 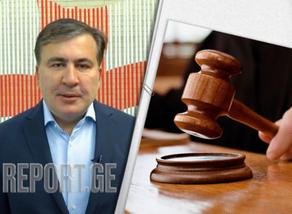 Justice Minister Rati Bregadze says that after doctors issue their opinion, and they are convinced that no threats are posed to ex-president Saakashvili's health, he will be allowed to attend his court trial.

''The public has already witnessed him fainting. We must also emphasize that the penitentiary service is staffed with highly-qualified professionals as shortly after the incident, he was stable,'' Bregadze declared.