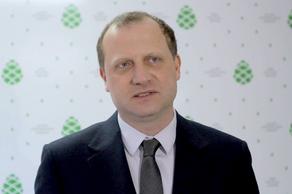 The Tbilisi City Court has declared Zurab Japaridze, the leader of the Girchi party, guilty of committing an administrative offense, with the bail set at GEL 2,000. Judge Valeriane Pilishvili has rendered the verdict.

Zurab Japaridze was detained on 18 November rally and charged with petty hooliganism and failure to obey a police order. Perpetrators of similar offences receive a 15-day jail sentence or are imposed financial sanctions.