Zurab Zhvania's son to be charged while being in medical institution

Zurab Zhvania's son to be charged while being in medical institution 3 August, 2020  12:13 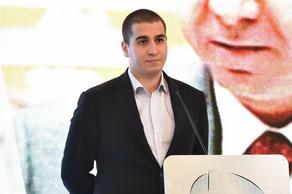 Levan Topadze, the grandson of businessman Gogi Topadze, is still in resuscitation. Levan Topadze has four stab wounds in the lung and neck area. He underwent surgery yesterday, and doctors assessed his condition as stable.

Detained Besarion (Busa) Zhvania is in good health, although he has not been questioned yet. Investigators are about to arrive at Khechinashvili University Hospital. The investigative action, which envisages the procedure of filing a charge, will be carried out at the hospital.

The family members of the detainee confirmed the information.

According to the Ministry of Internal Affairs, the investigation launched under the article of severe intentional damage to health, which envisages imprisonment for 3 to 6 years.

Levan Topadze, the grandson of businessman Gogi Topadze, was wounded in Tbilisi yesterday. Busa Zhvania, the son of former Prime Minister Zurab Zhvania, who is also wounded, has been arrested for the crime.