Zurabashvili's lawyer: We are appealing against the court decision

Zurabashvili's lawyer: We are appealing against the court decision 24 November, 2020  17:34 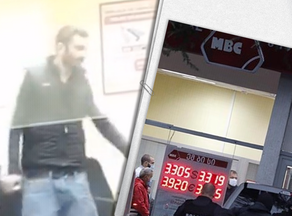 "The lawyer will appeal the decision of the Tbilisi City Court against the attacker on the microfinance organization in the Court of Appeals today," Giorgi Chochua, the lawyer of the accused, told report.ge.

They think that the Court of Appeals will satisfy their request and release Levan Zurabashvili from custody.

"We have an appeal period until 12:00 tomorrow, but today we are going to appeal the decision of the Tbilisi City Court, and we expect the Court of Appeals to satisfy our request and release my client from custody. As a preventive measure against the accused, we demand bail of GEL 1 000, " Giorgi Chochua told Report.ge.

The attacker of the microfinance organization on Tsereteli Avenue, Levan Zurabashvili, was sentenced to imprisonment as a preventive measure.

On November 20, 31-year-old Levan Zurabashvili broke into a microfinance organization on Tsereteli Avenue and took the people there hostage. After several hours of negotiations, he released the hostages.

The Prosecutor's Office of Georgia has charged Levan Zurabashvili with hostage-taking under Article 144, Part 2, Subparagraph c of the Criminal Code of Georgia, which stipulates the capture of two or more persons as hostages.