8-year-old Luka Kuntelia: I decided to dedicate my life to chess 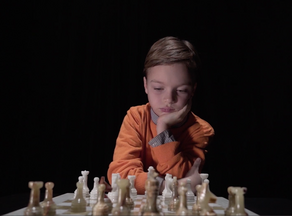 "Luka Kuntelia has a brilliant result; nine wins out of nine games. He received the Georgian Chess Federation Cup among boys under 8." The Chess Federation released the information about Luka Kuntelia's championship. Report.ge tried to introduce you to a little champion who has very big plans. Luka started playing at the age of 5 and says he will play for the rest of his life.