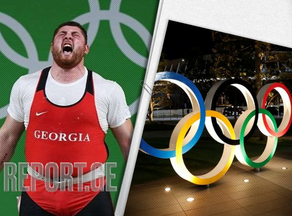 Georgian wrestler, current Olympic champion, and author of numerous records, Lasha Talakhadze (+109 kg), participated in the Tokyo Olympics and won the Olympic championship for the second time. Talakhadze is the author of a unique result in the history of Georgian sports!

In snatch lifting, Talakhadze overcame 208 kg in the first attempt, 215 kg in the second, and after the third attempt, 223 kg, which is both an Olympic and a world record, which belonged to Lasha (222).

As for clean and jerk - the Georgian athlete came out on the board quite late because he overcame much more than the competitors, 245 kg, and won the Olympic championship on the very first try. Lasha will use the remaining two clean and jerks to improve the world record, and his final result will be determined.