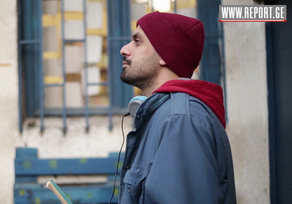 Up-and-coming poet Giorgi Shonia's story may remind us of a soap opera with its trite storyline; however, this is a real story about a young man who wrote poems but could not attract readers until he decided to pose as the translator of an American writer's works.

The marketing trick proved successful, and now the young man is working on the second volume of poems. He gave away his secret but has kept writing under his adopted pen name of Hans Promwell.