'People deem us millionaires as we have the theatre' - VIDEO 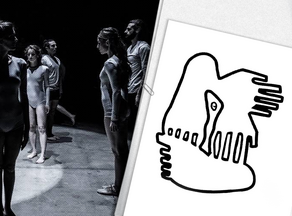 The Movement Theatre has marked its 20th anniversary. Kakha Bakuradze founded the theatre in 2000 and managed to make it viable without the government's assistance.

Even during the pandemic, theatrical producers Kakha Bakuradze and Ioseb Bakuradze managed to produce a performance and gift unforgettable emotions to their audience.