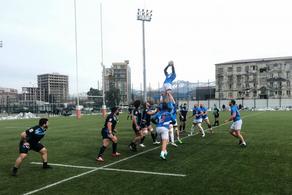 The same person reportedly serves as a massage therapist, chief security officer, and children's trainer at the Batumi Rugby Club, according to the Audit Service report.

The report reads that a total of three massage therapists are at the Rugby Club; however, two out of three have never performed their duties and lack any qualification certificates. One of them has never been there to fulfill the assigned duties, according to the State Audit.

"A person employed as a massage therapist has also served as a chief security officer and children's trainer and received a salary in the amount of GEL 4,750. However, no qualification certificate has ever been presented by him and no evidence to prove he performs his duties exist," the Audit report reads.

The audit report concludes that people with no corresponding qualifications are delegated different duties at the Rugby Club.

Additionally, the report focuses on careless management of funds and says that a total of GEL 8,636 was allocated for business trip expenses twice in Tbilisi and once in Kutaisi; however, no sports events can be proved to be held during this period of time.