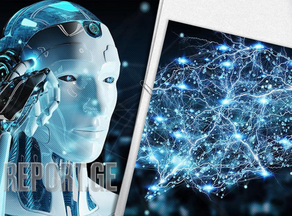 Scientists at the Massachusetts Institute of Technology have created a robotic floating starfish used to study the oceans. It is equipped with special radars and cameras to receive oceanographic data. It is also planned to develop floating robot tortoise and robot sharks in the near future, IEEE Robotics, and Automation Letters reports.

The starfish is built of a soft silicon body, and an electric motor inside that drives four tentacles through the tendons. With their consistent motion, the robot swims independently so as not to waste much electricity. Considering ocean water pressure, salinity, tidal power, and other factors creating floating robots is much more complicated than land analogs. The process is not only costly but also time-consuming.

The robot starfish has a pretty clever artificial intelligence. The robot is also remotely controlled and can move in different water layers, allowing scientists to explore the ocean better and obtain relevant information remotely.

Scientists have also created robot lizards to study the surface of Mars. The device can also climb vertical surfaces, which is used when other robots are ineffective.