Google Earth: How Our Planet Has Changed In Four Decades - VIDEO 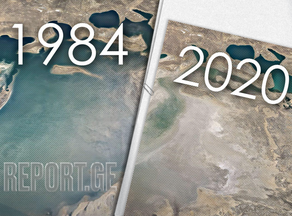 Google Earth's newest Timelapse feature lets users look back from the current day all the way to 1980 and see how both human activities as natural forces have changed the face of Earth over the last 40 years. The Agency released the video on its YouTube channel.

With Timelapse in Google Earth, viewers have a clearer picture of our changing planet right at our fingertips, with them being able to see how agricultural lands were introduced in Saudi Arabia, how the Cape Cod peninsula retreated to the South, Columbia ice line ridge melting in Alaska and the city of Las Vegas expanding.

Mount Pinatubo in the Philippines, where the huge 1991 eruption was followed by decades of mudflows that formed from the massive amounts of ash and rock that were deposited.

The shifting coastline around Chatham, Massachusetts. The changes to the sandbars are sometimes subtle and sometimes dramatic. Storms cut new inlets through the beach, changing current patterns and subsequent the erosion and deposition of sediments.

The new imagery is free to access and use, like the rest of Google Earth, and will be updated annually.