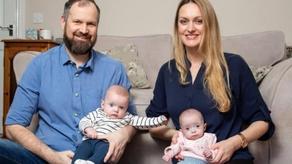 A mum was shocked to discover that she had conceived weeks after finding out she was already pregnant.

Rebecca Roberts, 39, became pregnant with daughter, Rosalie, when she was already carrying her son, Noah.

Tests revealed that Rosalie had been conceived while Rebecca was three weeks pregnant with Noah.

She gave birth to both babies on the same day, meaning Rosalie is slightly smaller than her big brother.

The phenomenon - called a ''superfetation'' - has only been reported a few times in medical history, mostly in women having IVF.

It happens when an egg is fertlised by sperm and implants in the womb just days or weeks after another one.

This is extremely rare - and considered by some as impossible - because while a woman is pregnant her body and hormones usually prevent another pregnancy from happening.

Rebecca, a children's clothes maker, was told it may have happened because she was taking fertility drugs, which cause the ovaies to release more eggs.

Rebecca gave birth to Noah, 4lb 10oz and Rosalie 2lb 7oz via C-section on the 17th of September with Rhys by her side.

Rosalie was transported to St Michael's Hospital in Bristol for 95 days where she was cared for in intensive care.

Noah remained in Bath for three weeks and three days before going home to meet his 14-year-old sister Summer.

Rebecca said: "We feel really lucky, it's so lucky to have twins anyway but to have such special twins, it's so lovely, it's wonderful, they are a blessing." 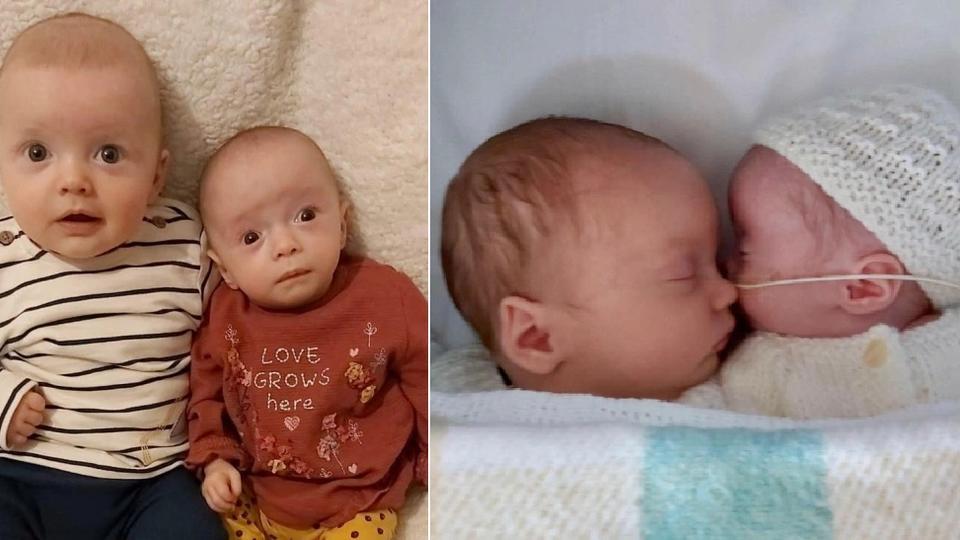