NASA to send the most powerful telescope in space - VIDEO 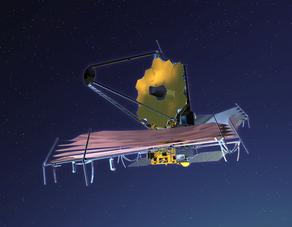 NASA is preparing to launch a huge and powerful telescope into space. The flight is scheduled for October 31, 2021, from the French Guiana Cosmodrome. The telescope must reach a special gravitational zone in the solar system, where it will be placed in a fixed position relative to the sun and the earth, Forbes reports.

The James Webb Space Telescope is the largest and most powerful telescope ever created. It will allow us to unravel the mysteries of our solar system, explore the planets orbiting other stars, and explore the origin of the universe.

Currently, the James Webb Space Telescope is undergoing final testing at the Northrop Grumman plant in California, specializing in aerospace aircraft, modern military equipment, and information-electronic technologies. The telescope was co-sponsored by the US, European, and Canadian space agencies.