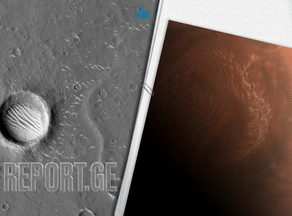 U.S. and Chinese cameras have taken new photos of Mars and sent them to Earth, TRTHaber reports.

China National Space Administration has released a photo taken by the Tianwen-1 spacecraft on Mars at three different locations.