28 years since beginning of War in Abkhazia 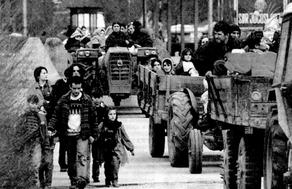 Twenty-eight years have passed since the beginning of hostilities in Abkhazia.

The hostilities in the region began on August 14, 1992. Georgian Armed Forces entered the territory to protect the railway.

On July 27, the Sochi agreement was signed, unilaterally violated by the Abkhaz side when the Georgian side withdrew heavy military equipment from Abkhazia.

As a result of the war, up to 300,000 people had to leave Abkhazia. Up to 10 thousand soldiers and civilians were killed on the Georgian side.