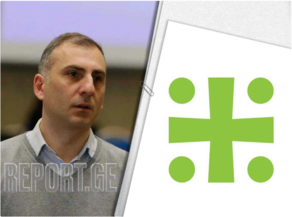 "We have signed an agreement with the Georgian Dream leaders, Archil Talakvadze and Mamuka Mdinaradze. This agreement means that after signing, we will be involved in parliamentary activities," the leader of the party "Citizens" Aleko Elisashvili stated.

"This document is a fundamental change in election issues. The rule of electronic elections means that voting will be conducted by fingerprints and not by marking, there will be a counting machine in all polling stations, which means that we will know the results at 8 o'clock and not wait for Tamar Zhvania's sad press conference. There will be three cameras with Livestream so that people from the offices can observe the election process. The outer perimeter will increase from 25 meters to 100 meters. The opposition will be fully represented in the CECs in the district and precinct commissions. There will be not three parties as it is today - the Georgian Dream, the National Movement, and European Georgia, but all seven parties," Elisashvili said.