Aleko Elisashvili: The CEC does not give us an election number 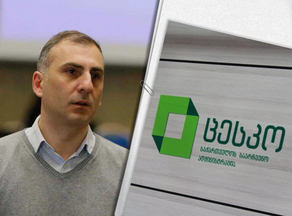 According to Aleko Elisashvili, the CEC, the Election Administration Of Georgia does not give his newly registered party an election number. Elisashvili accuses Tamar Zhvania's office of interrupting the election campaign.

As Elisashvili explains, the "Citizens" party members applied to the CEC on August 11 for a number, but the voting has not taken place yet.

Party members say that it is impossible to conduct an election campaign without a number. They call on the Central Election Commission to stop the discriminatory actions and give the party an election number on time.