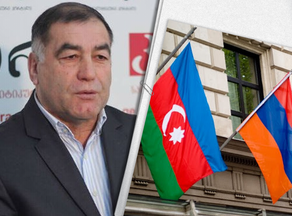 "As a citizen of Georgia, I'm concerned that some Armenians are violating the Georgian Constitution. I'm talking about the fact that some Armenians call on young people to gather, join forces, and go to fight in Azerbaijan. Georgia should not get involved in this war. If we love Georgia, if we want to live in Georgia, we must do everything possible to prevent Georgia from interfering in this war. If anyone wants to show solidarity, go ahead, I express my solidarity to the Azerbaijani people," Ali Babayev said.

According to Babayev, a war is going on between the two states, but Azerbaijan is defending its borders and taking anti-occupation measures.

"Several villages have been liberated. I want to thank the Georgian authorities for making a statement that Georgia is ready to facilitate peace talks, but I see that there are no resources left for peace talks," Babayev noted.