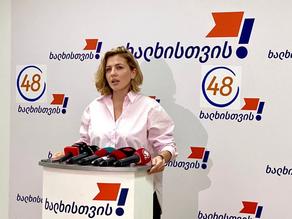 Ana Dolidze, the leader of the party For People, addressed the opposition members of the district councils, where they are represented by a majority, and called on them to impeach the mayors.

According to Dolidze, the legislation allows opposition candidates to start dismissal procedures six months after the start of the Sakrebulo term.

According to Ana Dolidze, this will lead the country to early elections.

Dolidze noted that according to the preliminary results of the self-government elections, the opposition is represented by a majority in the City Assemblies of Batumi, Rustavi, Zugdidi, Chkhorotsku, and Senaki.