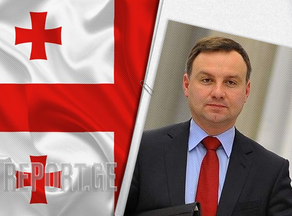 "I declare the readiness of the Polish authorities to share vaccines with Georgia," the President of the Republic of Poland, Andrzej Duda, announced after the meeting with the President of Georgia.

According to the President of Poland, Poland once again shows its friendship to the Georgian people.

"We will be able to share a certain number of vaccines with the Georgian side for the benefit of the Georgian society. I promised the President that upon return to Warsaw, I would discuss this issue with the heads of the Polish National Vaccination Program, as well as with the Polish Minister of Health and the Prime Minister. I hope we will be able to show our friendship and support in this situation as well," Duda said.