Another country to welcome visitors from Georgia 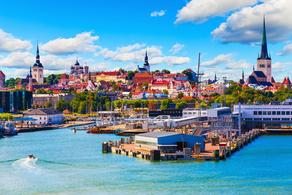 Estonia will admit people with no symptoms arriving from the European Union, the members of the Schengen area or the United Kingdom of Great Britain and Northern Ireland, according to the Ministry of Foreign Affairs of Estonia. Additionally, it will receive citizens of 14 non-EU countries, including Georgia.

Additionally, a Georgian citizen visiting Estonia must meet the requirement of being entitled to legally enter the Schengen area.

The compulsory self-isolation for people arriving in Estonia depends on whether the relative coronavirus infection rate in their country of departure where they have spent at least 14 days before departure is above 16. This means that no more than 16 people per 100 000 inhabitants are infected in the passenger’s country of departure in the past 14 days. Anyone arriving in Estonia from a country with a higher infection rate must self-isolate for two weeks on arrival, the information on the web site of the Foreign Ministry of Estonia reads.

Information on countries and self-isolation requirements is updated every Friday on the same web site.