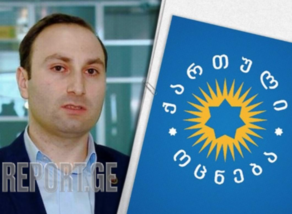 Chairman of the Legal Issues Committee of the Parliament, Anri Okhanashvili, says that under the Georgian Dream government the country has not had political prisoners.

''We saw Nika Melia threatening they would have failed to put him behind bars, but they did so; later he said he would not have accepted the bail, but the European Union did not let Saakashvili repeat the Russian scenario of events and posted his bail,'' Anri Okhanashvili said regarding UNM head Nika Melia.