Anri Okhanashvili: This is a funeral of National Movement 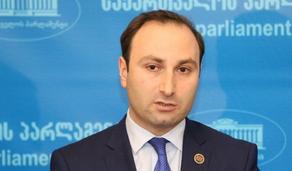 Anri Okhanashvili, the Chairman of the Committee of Legal Issues of the Parliament, described the statements made by the opposition regarding the conclusion of the OSCE-ODIHR, as manipulations and lies.

"The conclusions that they made reaffirmed that the National Movement is running out of time. Their attempt to deceive the public will be in vain. I will announce the funeral of the United National Movement today and say that it will end during the elections," Okhanashvili told reporters.