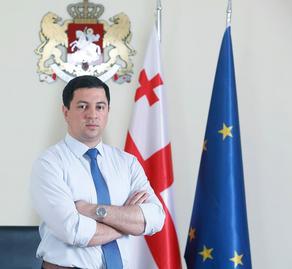 The promise that the election system change will be fully supported is in force, said the Parliament Chairman, Archil Talakvadze, at the public revision of Constitutional change.

“The Parliament will start reviewing the changes starting from June 19. With big probability, we will be able to confirm the changes after the three listenings by the end of June if there is support from ¾ of the MP. With the same support, it is possible to implement the changes after they are confirmed. In another case, if some of the changes are not approved by the sufficient number of voices in the Parliament than the next Parliament will do it. In another way, the changes will not come into effect. It is the principle of the Constitution stability apart from the previous rules enabling all governments to make changes into Constitution according to their interests.” – said Talakvadze.