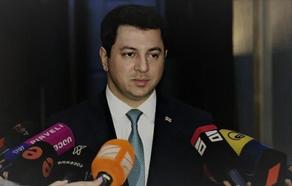 "We have publicly stated that the Georgian Dream will not consider the re-election or anything related to it, including the plebiscite," Archil Talakvadze, the Chairperson of the Parliament of Georgia, said after the meeting at the residence of the US Ambassador.

According to him, the position will not change because there is no reason to question the voter's choice.

"We have repeatedly stated our position publicly regarding the repeat elections. Of course, that will not change. Georgian Dream does not consider re-elections. Of course, we do not plan to agree on that. Despite the pandemic, up to two million citizens made their choice in the 2020 parliamentary elections, and we have no reason to question their choice," Talakvadze stated.