Archil Talakvadze: This is a chemical attack on Parliament 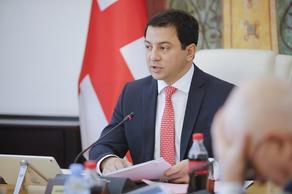 According to Talakvadze, what qualifications should be given to the incident will be decided by the relevant services.

"Several people are poisoned and were taken to medical facilities," Talakvadze said.

Irakli Kobakhidze, the former Chairman of the Parliament, stated that two opposition deputies brought unknown substance into the session hall. Archil Talakvadze, due to security measures, called on lawmakers to leave the room.