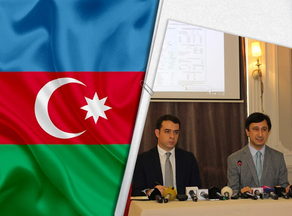 A special briefing regarding the situation on the front line took place at the Embassy of Azerbaijan in Georgia.

The embassy's adviser, Eldar Bayramov, said that a large-scale attack on Azerbaijan got carried out by Armenia yesterday morning. The Azerbaijani military fired back.

Eldar Bayramov stressed that as a result of the bombing settlements and civic facilities, Azerbaijani civilians were killed and wounded.

According to the diplomat, Azerbaijan has repeatedly warned the international community that Armenia was preparing for occupation.

"Armenia's political and military leadership has resorted to a new military provocation. The Azerbaijani army conducted successful operations and liberated several villages from occupation. Our army continues military operations, causing serious damage to the enemy. The responsibility for the current situation and the consequences lies with the Armenian leadership," the embassy adviser said.

Azerbaijani diplomats handed over photo materials to the media about the situation on the territory of Azerbaijan occupied by Armenia.

The journalists were informed about a number of decisions made by international organizations regarding the occupation of the territory of Azerbaijan by Armenia.