Beraia: Don’t know why I have to hide from National Movement - VIDEO 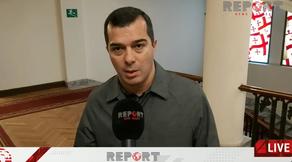 "I was not hiding from National Movement in 2012, so why should I do it now", Dachi Beraia commented on the opposition's actions.

“When they had all the power, even then I did not restrict my right to move. I took the way I always do. They took the action from the Parliament to the streets and are trying to seize the power through street processes but they did not find the resources to create the illusion of destabilization in the country", Dachi Beraia told report.ge.

Dachi Beraia was shouted at while entering the legislature.

Today protesters were planning to picket the legislature, but police closed all streets surrounding the Parliament.