Bidzina Ivanishvili: I have kept my promise 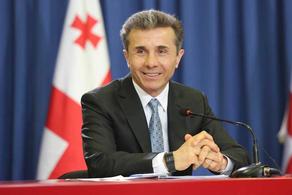 In his interview with the First Channel, Bidzina Ivanishvili said that he has kept his promise and stayed in politics until overthrowing the oppressive government.

In Ivanishvili's words, he was forced to go into politics to assist the opposition in standing up to the corrupt government. However, according to Ivanishvili, when it was toppled, he delivered on his promise and left the political scene.

Bidzina Ivanishvili stressed in his interview that keeping promises is his habit, and as he said initially, he helped his team by providing advice, consultations, or other required assistance openly, as by doing so, he did not violate any existing law. "I was an avid supporter of the Georgian Dream and wanted to make it powerful," he declared.

On 11 January, Bidzina Ivanishvili wrote on social media that he planned to leave the Georgian Dream - Democratic Georgia party and the political scene.