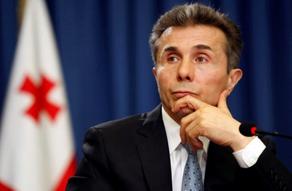 Bidzina Ivanishvili, the Chairman of the Georgian Dream – Democratic Georgia ruling party, has released a statement in which he focuses on the pre-election environment and appeals to his adherents to stay calm in the face of extreme provocations, for it is paramount for the country that the forthcoming elections are held peacefully. In Ivanishvili's words, he condemns violence, which is detrimental for democracy, and he considers it regrettable that some Georgian Dream supporters got provoked by radical extremist groups, which have made violence part of election campaigns.

"When a conflict occurs, it is difficult to say the difference between an initiator and a victim, especially for our western partners who keep a close eye to the current developments inside the country and whose evaluations are critical for us.

I call upon everyone and especially Georgian Dream supporters, to stay calm in the face of provocations not to allow extremist groups to spoil the election environment and tarnish the country's international reputation. Violence and stone-throwing are in their nature; this is precisely how they once came into power, and this is precisely how they want to compensate for their hopelessness and inevitable defeat in the upcoming elections.

We have always distanced ourselves from violence, for violence is not in our nature, with this making us different from them. Today, we have a very high rating, showing that we will sweep to victory in the elections. Surveys show that the Georgian people support us, and our rating scale is between 54 and 60 percent and even exceeding 63 percent in some cases," Ivanishvili said and once again appealed to his supporters to spare no effort to hold peaceful elections and fight for the country's success.