Chairman of Parliament Talakvadze says political rift can be healed 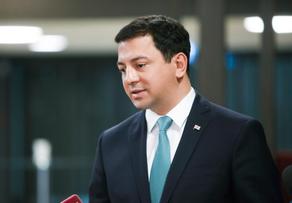 "If the opposition takes pragmatic steps, which we have already taken, I believe we will reach an agreement," Chairman of the Parliament of Georgia Archil Talakvadze said.

In Talakvadze's words, the process is moving forward, and thanks to constructive approaches, the rift between the conflicting parties can be healed.