Changes to be introduced within Georgian Government to become known today

Changes to be introduced within Georgian Government to become known today 3 September, 2019  03:00 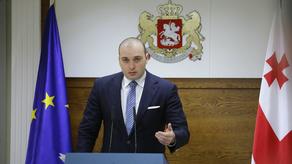 Supposedly the changes planned to be introduced within Georgian Government will become known today, Radio Tavisupleba spreads this information.

At the session conducted at the Governing Party Georgian Dream Head Office after September 1, parliamentary majority deputies confirmed that they discussed the issue of governmental changes and added that Prime Minister Mamuka Bakhtadze will focus on this issue on September 2.

Gia Volski, the leader of the parliamentary majority, announced that the deliberation on governmental changes will continue on September 3.