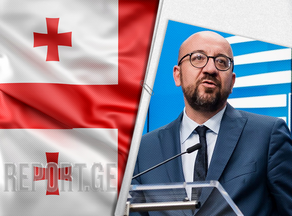 Mr. Michel will hold his first meeting with president Zurabishvili, and they will make a joint statement after the meeting ends.

A meeting between the European Council President and the Georgian Prime Minister is also set to be held, after which he will meet the Chairman of the Parliament of Georgia Archil Talakvadze and members of different political parties.

After the meetings are over, Salome Zurabishvili will host a dinner for Mr. Michel.

President Michel plans to leave Georgia tomorrow. He has paid his second visit to the country.