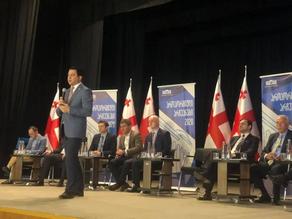 Constitutional amendments to be introduced with regard to Batumi electoral system are being subjected to public hearing, with it being attended by the leaders of the ruling party, independent MPs and the representatives of left-wing parties and NGOs.

In the cities of Tbilisi and Gori, constitutional changes have already been discussed.

Georgian Dream Government has proposed proportional voting system in the 2020 parliamentary elections with a zero election threshold without permitting political blocs to participate in the elections. However, the United Opposition requires that political blocs are also allowed to take part in the 2020 elections.